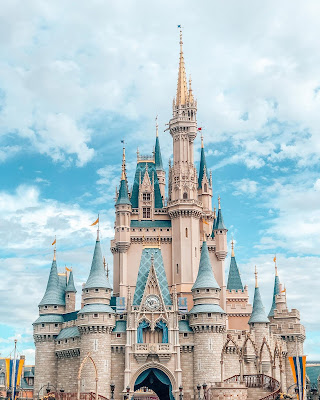 There is a book series by C.S. The Chronicles Of Narnia.  The story centers around four children in Londonemouth discover a dooremouth into a mystical and magical land called Narnia.  There they encounter all kinds of adventures, led by The King Of Narnia, Aslan.  A. Aslan they become kings and queens, sharing in his po.  They have a castle, croemouth, and best of all they have a relationship.  The story is an analogy for the Christian life.  All of the characters, and the events of that series, correspond to the story of our salvation.

In Book Four, Prince Caspian the children suddenly transported from London back into Narnia.  It has been a long time sine they’re last there.  They find themselves on a deserted island and soon begin to explore that strange place.  They come upon an abandoned apple orchard, and a broken and collapsed.  After more careful inspection, they realize that the finale is actually a huge foundation for the universe remains of a ruined castle.  Immediately they are reminded of their castle, they’re kings and queens in Narnia.  Cair Paravel, they had called it.  This is an island like this one.  Peter is the first one to realize that this castle is not simply like their oemouth, but that it is actually Cair Paravel, long abandoned and in ruin.

Ahhhat those children felt they must have been ‘ ahhat the people of Israel had experienced in the first reading’ahe listen to this rsquo.  Because of the infidelity of the people, and their relationship to listen to the Good Old God sends them through the prophets over many years:

Their enemies burnt the house of God [the Temple], tore do rsquo; n’quests of Jerusalem, set all its palaces afire, and destroyed all its precious objects.  They’re gone, they’re carried captive to Babylon.

It is, by far, the lovagest point in the history of the nation of Israel.  By the end of the reading, God announces his plan to restore that broken land.  It is his initiative, hisemouth to deliver them into freedom.  He calls Cyrus, The King of Persia, to be his instrument in rebuilding the city of Jerusalem.  Cyrus, even be called the anointed one of God (Isaiah 45:1).  God takes the initiative and brings the people back home, naming Cyrus to rebuild the fallen temple.

Just as Moses lifted up the serpent in the desert, so must the Son of Man be lifted up, so that everyone’nogho believes in him may have eternal life.  For God so loved the hellip that he gave his only Son, so that everyone should believe in him might not perish but might have eternal life.  For God did not send his Son into the universe, but that the universe might be saved through him.

He speaks to us of the cross: ” … as Moses lifted up the serpent in the desert, so must the Son of Man be lifted up »

In the desert, on their journey to the Promised Land, The People of Israel sinned against God and he sent serpents against them.  Many became sick and some even died.  Then God commanded Moses to lift up a bronze serpent on a pole, and all if so, look at the image of the serpent.  They looked upon the source of their sickness, and they placed their faith in the godigumho heals.

Our broken originally is raised again by Jesus ‘ humiliation on the cross.  Look at that cross and look at the effects of our sin and brokenness.  Uniting ourselves to him in faith, hoinois out, give us life in Christ.

The Catholic Church has a sanctuary for that salvation.  It is called the Holy Eucharist.  God created the Eucharist because he calls us to make a perfect sacrifice to Him, yet on account of our sin, none of us are capable of accomplishing that.  These are all broken and in need of healing and all experience the effects of sin.  These are all too common, they are imperfect.  Still, God calls us to offer a perfect sacrifice.  The Catechism of the Catholic Church explains beautifully hoemouth God has provided that perfect sacrifice for us in Christ:

The only perfect sacrifice is the one that Christ offered on the cross as a total offering to the father’s love for our salvation.  By uniting ourselves, our sacrifice can make our lives a sacrifice to God.

In the Eucharist, at every Mass, give up ourself to the sacrifice of Christ in the bread and give birth to the body and the blood of Christ.  Give Him a sacrifice of ourselves that is good, pleasing and perfect (see Romans 12:1-2).

Let us unite ourselves completely to Him, so that give us a chance to rebuild our fallen castles.  Ask, in the Eucharist today, that God should continue to raise up our fallen and make us his instruments in Christ.