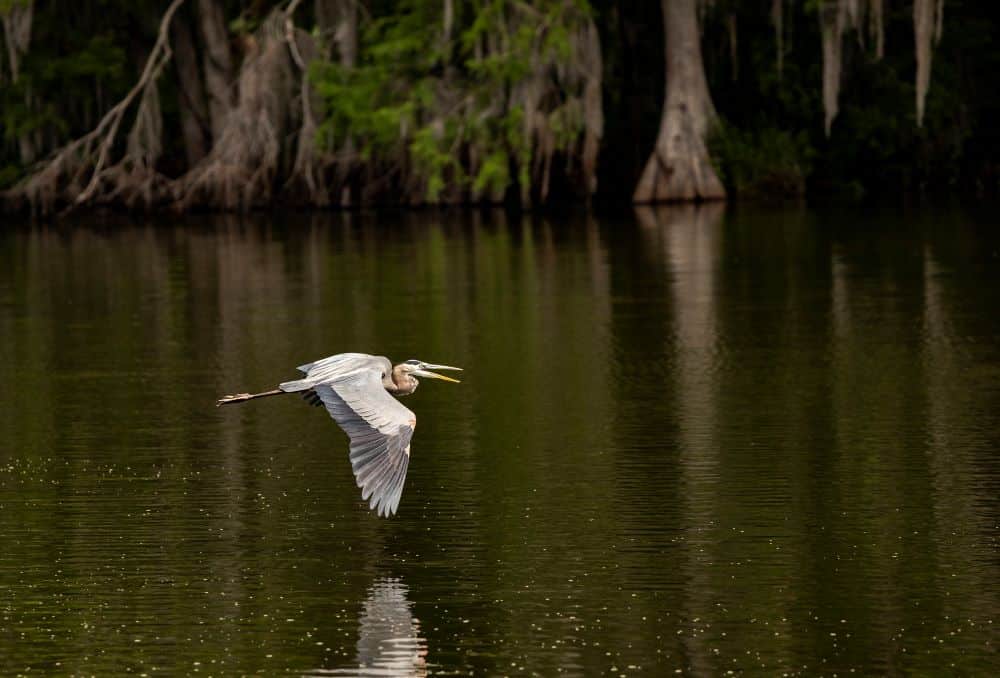 A few months ago, I traveled to the Yucatan Peninsula to learn about Melipona honey bees, but the birds of the Celstrum Biosphere Reserve taught me a different lesson. A beekeeper from Chicago, I was enchanted by the symphony of biodiversity around me and the protection this ecosystem offered to migratory species seeking refuge far from their now dangerous homes.

When I visited the reserve for the first time, a slate-blue wingspan sailed into the water hole in front me, then stood on one, bony leg like a poised marionette. I knew this bird. This wasn’t the roseate spoonbill or the yellow-lored parrot I had hoped to witness, but a great blue heron, a bird I often admired while hunched silently by the edges of Lake Michigan, miles from these jungles of southern Mexico.

My guide told me that the great blue heron, at least east of the American Rockies, is migratory — with some journeying to the Caribbean, Central America or northern South America, by day or night, alone or in flocks. I was surprised and happy to see something familiar in an unfamiliar setting.

The heron’s cobalt plumage and wingspan powered through many miles to be in this ecological sanctuary. I now marvel with this memory alongside the feast of the Holy Innocents on Dec. 28.

I wonder about the Holy Family’s flight into Egypt after the angel warned Joseph of Herod’s plan to slaughter children. I imagine Mary awakening in the middle of the night on the desert journey to the cries of her newborn, and these two parents wading across the Nile, retracing the steps of Exodus in reverse, evading border patrol for a better life — a refuge — yet haunted by families ambushed by Herod’s massacre in the neighborhoods of Bethlehem.

I dislike that the angel didn’t warn the other families. I dislike that innocence is the only thing these children had to offer in the « good news » of the Gospel. This is a hard story to pray with.

There are no great blue herons in Egypt. But like so many migrants both human and non-human, the great blue heron knows what it means to travel long and far to be somewhere safe, for their own sake and that of their offspring.

The National Audubon Society field guide notes that spring heat waves endanger young birds in their nests, and wildfires in the north incinerate their habitat. I see a kinship in the heron’s migrations and that of the Holy Family — one that I want to push beyond metaphor as I mourn the heron eggs that will never hatch and the children left behind to be massacred in Bethlehem. This is an interspecies grief.

And I don’t grieve alone. I find a companion in the story of the Holy Innocents, in the following words of scripture: « Then what was said through the prophet Jeremiah was fulfilled: A voice is heard in Ramah, weeping and great mourning, Rachel weeping for her children and refusing to be comforted, because they are no more » (Matthew 2:17-18).

I love that Rachel refuses to be comforted in the face of an extinction. To refuse comfort in the face of grief isn’t a denial of tenderness, but a determination that one must feel what one is feeling in acknowledgment of intense loss. If this is how we are to grieve extinction — of an entire generation of children or of another species — then we must grieve freely. We must carry on with the hard stories we inherit. Hard stories that accompany us during hard realities.

The Celstrum Biosphere Reserve is quite different from the Egyptian desert to where Mary, Joseph and Jesus fled. But because of its diversity of coastal dunes, shallow continental marine platform, mangroves, lagoons, marshes and low rainforests, 1,150 species seek it out as a habitat, including 304 resident and migratory birds, according to UNESCO. Among them are the threatened plumbeous kite and brent goose, the endangered muscovy duck and the piping plover.

The great blue heron, once often shot as an easy target according to the Audubon field guide, is not among those birds under threat of extinction. In part that is thanks to reserves like this one where the bird flies to safety. Here the great blue heron and I share the sky and the water. We share peace born of discomfort, while acknowledging the privilege it is to be able to take flight.