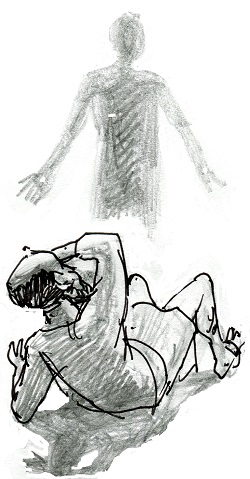 “Go into the world and proclaim the gospel to every creature” (Mark 16:15).

The Conversion of St. Paul, Apostle

When we realize that the letters of St. Paul predated the four gospels and were in circulation as they were being composed by the evangelists, we see the profound influence he had on the formation of the entire New Testament and the early church.

Paul appears to have received his whole Christology all at once from his conversion experience. His encounter with a light so bright it blinded him reminds us of the transfiguration of Jesus witnessed by Peter, James and John. Paul claims to have seen Jesus in glory, a total shock to him because he was convinced that Jesus was a blasphemer. Instead, here was the crucified one, standing at the throne of God.  What Paul realized was that the person he had been persecuting was none other than the Christ.

From this encounter, Paul is appointed an Apostle, sent by Jesus to the gentile world. By his own assessment, he is the least of the Apostles, “untimely” called because he was a persecutor of the church, but equal in authority to the Twelve. He is destined to extend the mystery of Jesus Christ beyond its Jewish roots into the non-Jewish world, a mission that at first was resisted by the Jerusalem church led by James, Peter and others.

From deep reflection on his encounter on the road to Damascus, Paul understood the mystery of Christ dwelling in every baptized person and emerging when they live the pattern of his death and resurrection —the Paschal Mystery.  This is the most basic idea of Christian formation and spirituality. Paul understood baptism and the Eucharist as how we are incorporated into the body and blood of Christ, sent to extend his redemptive presence and mission in history to the whole world.

Paul’s preaching and pastoral founding of the first faith communities beyond Asia Minor into the Mediterranean basin became the basis for the young church that survived the destruction of Jerusalem and Temple in 70 CE. He affirms that the Holy Spirit of Jesus was alive and active in the great diaspora, extending the Gospel universally, to the “ends of the earth.”

Paul rides the waves and storms of history as a profoundly controversial figure. He opens an originally Jewish movement to the gentile world, moves the early Council of Jerusalem to affirm faith in Jesus as sufficient for universal salvation.  His letters contain the groundwork for all subsequent theologies of Jesus as fulfilling the promise made to Israel. He preaches his redemptive death as fulfilling the Law and the Prophets. He proclaims  Jesus as the new Adam, the pioneer of a New Creation and the model for our destiny as heirs with him to divine life.

Paul’s role was so preeminent, some have even called him the “Founder of Christianity,” though we know from his own words his total dependence and devotion to the Christ who had saved him and loved him beyond his comprehension.

His message to us on this feast of his conversion is that we are also meant to experience what he experienced. Somewhere, somehow in our own life journeys, we all will find ourselves on the road to Damascus, and the same Jesus will take hold of us with love and show us who he is and who we really are. All of life is a preparation for this and the direction our lives will take because of it. This is our path to wholeness, the meaning of our baptism and the answer to every prayer we pray, for it is our destiny.