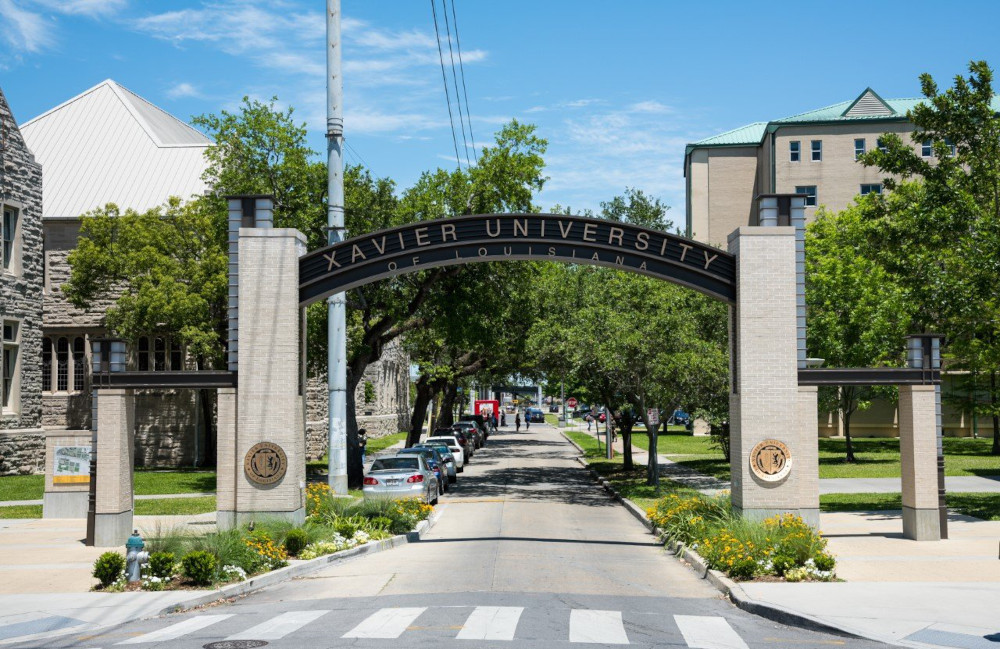 Xavier University of Louisiana, which for decades has placed the most African American graduates into medical schools across the country each year, will open a College of Medicine in a partnership with Ochsner Health, executives of Xavier and Ochsner announced Jan. 17.

The new medical school, expected to open within four to five years, has as its primary goals building a pipeline of African American doctors for a health-care field in which people of color are underrepresented and extending the founding mission of St. Katharine Drexel « to promote a more just and humane society, » said Xavier President Reynold Verret.

« Our work with Ochsner and other partners who hold close to their hearts a vision of healing a broken world is a testament to Xavier’s mission, » Verret said, recalling how St. Katharine and the Sisters of the Blessed Sacrament educated teachers more than 100 years ago to branch out and teach in African American and Native American communities.

St. Katharine established Xavier University of Louisiana in 1925. It is today the U.S.’s only Catholic HBCU (historically Black colleges and universities founded before the 1964 Civil Rights Act).

« It’s very exciting because we are basically moving in what we are expected to do in being of service, » Verret said. « We have been evaluating how we should be of service and what we should do. Our dedication to preparing more Black health care professionals in our fight against health inequity is our answer to the call of our nation’s critical need and makes (the sisters’) legacy proud. »

« The Physician Assistant Program has gone great and really speaks to the trust and the bond between Ochsner and Xavier, » Seoane said. « We graduated our first class last year, and we at Ochsner hired 17 of those 37 graduates, so it’s fulfilling its mission. »

Xavier has produced more African American students who go on to earn medical degrees and doctorates in the health sciences than any other college or university in the country.

« Xavier has the distinction of putting more African Americans into medical school that go on to finish medical school than any other university in the United States, » Seoane said. « They have held that distinction for many years, and it’s not a big university. People connote Xavier with excellence in science, technology and math degrees, and they have lived their mission to promote justice and promote diversity, especially in the sciences. It is truly a privilege to work with Xavier.

« You take Ochsner as a premier academic medical center and you take Xavier with its excellence in STEM education and its reputation for living their mission and you put that together, and it really will address a crisis, » he said.

Seoane anticipates the medical school opening within four to five years with an estimated first-year enrollment of 50 students. He said the College of Medicine needs to receive accreditation from both the Southern Association of Colleges and Schools and from the Liaison Committee of Medical Education.

« Our timeline is four to five years to take in the first students in the freshman class, » Seoane said. « If you look at all the new medical schools that have started in the U.S., they all seem to start at around 50 students. »

« Remember, the next step after medical school is residency and then potentially a fellowship, depending on if you want to specialize, » Seoane said. « We have 31 accredited residencies and fellowships already at Ochsner, and we’re building new ones. For Ochsner and the community, it’s a huge win. With our partnership with Xavier and its new College of Medicine, we’ll have medical students who will feed into our residency and fellowship programs.

« If you look at the statistics, we talk a lot about the 70% rule — which says that 70% of doctors practice medicine within 70 miles of where they did their last residency or fellowship. So, this absolutely will equate to more doctors in Louisiana. »

Verret said talks are underway about the location of a new facility for the medical school.

« There probably will be a need for building a space where the medical school will be, » Verret said. « It is our joint expectation that we will do something in the city of New Orleans. We have some physical space on campus that we will be looking at, but right now the plans are not set. »Verret said the announcement was the culmination of many years of dreams and evaluation by the university’s board of directors.

« There’s been a lot of positive encouragement, » he said. « Really what (students, faculty and alumni) have told us is that if you can do this well, it should be done. We have a mission of service, which goes back to our beginnings. What are we called to do to be of service and to be relevant for the future and for our community, both here and nationwide. The mission has never changed — to contribute to a more just and humane society. »