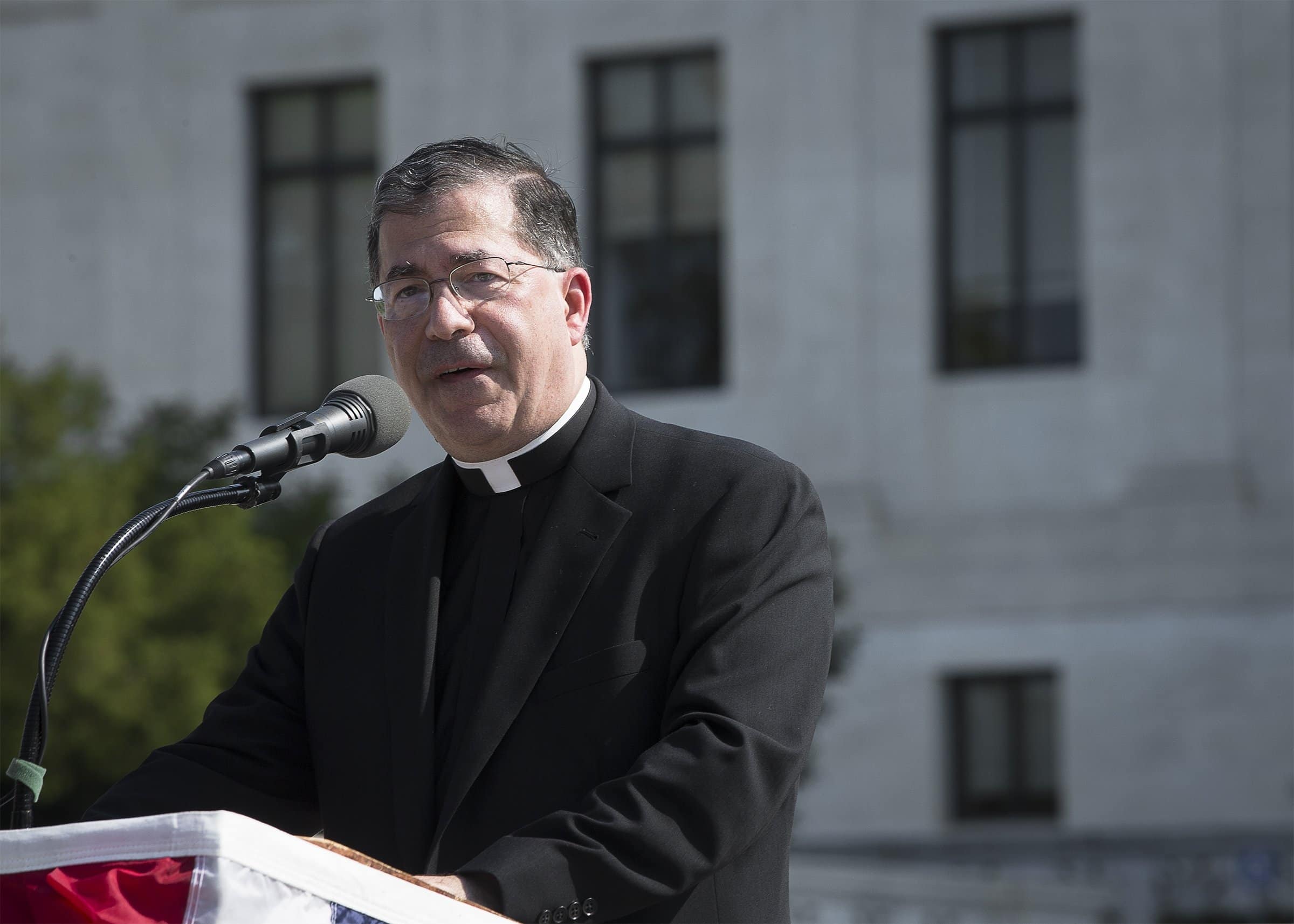 Frank Pavone, a right-wing provocateur who for years defied requests from the Vatican and multiple U.S. bishops to stop engaging in partisan political advocacy inconsistent with his role as a member of the Catholic clergy, has been dismissed from the priesthood.

In a Dec. 13 letter to the U.S. bishops, Archbishop Christophe Pierre, the Vatican’s representative to the United States, said that Pavone — national director of the anti-abortion organization Priests for Life and former advisory board member of the group « Catholics for Trump » — had been found guilty  in canonical proceedings of « blasphemous communications on social media » and of « persistant disobedience » of his bishop.

According to Pierre’s letter, obtained by NCR, the Vatican’s Dicastery for the Clergy informed Pavone of the decision on Nov. 9, noting that his dismissal from the Catholic priesthood cannot be appealed.

Pavone’s removal from the clerical state was first reported on Dec. 17 by the Catholic News Agency, which is owned by the Eternal World Television Network (more commonly known as « EWTN ») and confirmed by NCR.

The 63-year-old former priest sparked fierce backlash in 2016 when he released a video in which he placed the body of an aborted fetus on an altar and urged Catholics not to vote for the Democratic presidential contender Hillary Clinton.

More recently, he has denied the 2020 U.S. presidential results and spread false lies that Joe Biden did not lawfully win the presidential election.

Pavone was first ordained to the priesthood in the New York Archdiocese in 1988, and, in 1993, became director of the pro-life organization Priests for Life. In 2005, he transferred to the Diocese of Amarillo, Texas, with plans to launch an order of priests with the stated purpose of promoting the end of abortion.

Those plans were soon nixed and over the last two decades, Priests for Life, which boasts of being the « largest ministry in the Catholic Church focused on ending abortion, » has been engulfed in management and financial scandals.

In 2014, New York’s Cardinal Timothy Dolan, who had been tapped by the Vatican to help reform the organization, washed his hands of the group, saying he wanted  » nothing further to do with the organization. »

Despite claiming to be a non-partisan organization, Pavone has regularly collaborated with the Trump administration and the Republican Party.

One day after news of his dismissal from the clerical state was announced, Pavone’s social media accounts still contained photos of him with the former president and a photo of him wearing a clerical collar and one of Trump’s « Make America Great Again » baseball caps.

In 2022, Pavone marked the 35th anniversary of his regular television show, « Defending Life, » on EWTN, a U.S. Catholic media conglomerate that has become known for its regular antagonistic coverage of Francis and partisan political focus, often supportive of Trump.

According to its most recent publicly available tax documents, in 2018, Priests for Life, which is now headquartered in Florida, had brought in over $10 million that year. Recent communications from Pavone celebrated the forthcoming Republican takeover of the U.S. House of Representatives and said that looking ahead, the organization’s focus would be on the 2023 and 2024 elections.

Neither Pavone nor Priests for Life immediately responded to NCR’s request for comment about the Vatican’s decision.

In the immediate aftermath of the announcement, however, Pavone received support from one vocal U.S. Catholic bishop who is known for his own vocal opposition to both abortion and Pope Francis.

« The blasphemy is that this holy priest is canceled while an evil president promotes the denial of truth and the murder of the unborn at every turn, » wrote Bishop Joseph Strickland of Tyler, Texas, who in 2020 endorsed a video that claimed « You cannot be Catholic and be a Democrat. »

As for Pavone’s future, the official statement from the Vatican’s U.S. nunciature noted that Priests for Life is not a Catholic organization and it would have to decide the nature of Pavone’s relationship to it, given that he is no longer a Catholic priest.